Diesel-electric locomotive series 749/751 (ex. T478.1). The model is equiped by the motor with one   balance flywheel, the reconnectable lighting (according to the way) . The locomotive has connector  Next18S.

The pattern of the model series 749/751 (ex.T478.1) was produced in the factory ČKD Praha in three different series. The locomotives from the first and second series were completed subsequently by the exhaust silencer for decrease of noise. 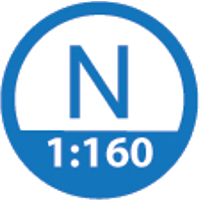