Diesel-electric locomotive series 771 (ex. T669.0). The model is equiped by the motor with  balance wheel, the switchable  lighting red/white (according to the direction), the separately switchable headlight (only in digital) and the lighting of the engine-driver cab. The locomotive has  plug connector Next18S. 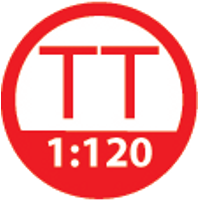