Diesel-electric locomotive series 744/742 (ex. T466.2). The model is equiped by the motor with flywheel, the reconnectable lighting (according to the way), the separately switchable headlight (only in digital), option the separate switchable signal lights, option to change the brightness of the headlight by a switch  on the PCB and the lighting of the engine-driver standpoint. The locomotive has  interface  Plux22. 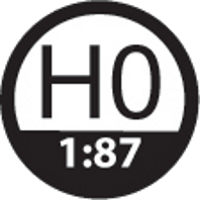